Hong Kong – At least two Hong Kong dancers were injured on Thursday night after being hit by a falling screen at a concert of the city’s most popular boy band Mirror.

Footage of the incident circulated online showed a group of white-clad dancers performing onstage at the Hong Kong Coliseum when a giant overhead video screen fell and crushed a man.

The screen then toppled onto at least one other person before the remaining performers rushed to help.

Mirror’s manager Ahfa Wong later took to the stage to apologise and asked the audience to leave, according to video clips circulated online.

At about midnight, the city’s Queen Elizabeth Hospital said one man with a neck injury was in a serious condition, while another was in a stable condition after a head injury, Hong Kong media reported.

Over the past year, Mirror have emerged as the most popular Cantonese pop act and is credited with revitalising Hong Kong’s local music scene.

The 12-piece’s latest concert series, originally scheduled to run from July 25 to August 6 at the prestigious Coliseum, was eagerly anticipated by fans and tickets were quickly snapped up.

But the series has been plagued by technical faults since debuting on Monday, leading fans to question if the show was safe. More than 10,000 signed a petition urging organisers to take better care of performers.

On Tuesday night one Mirror member, Frankie Chan, fell about a metre off the edge of the stage, though he later said on social media that he only bruised his left arm, according to the South China Morning Post.

Other fan-filmed clips of the concert showed walkways wobbling under the weight of performers and some stars missing their steps in the dimly lit space.

Photos of the aftermath of Thursday’s incident showed police, paramedics and production crew on stage.

The entertainment company behind Mirror did not immediately respond to AFP’s request for comment. 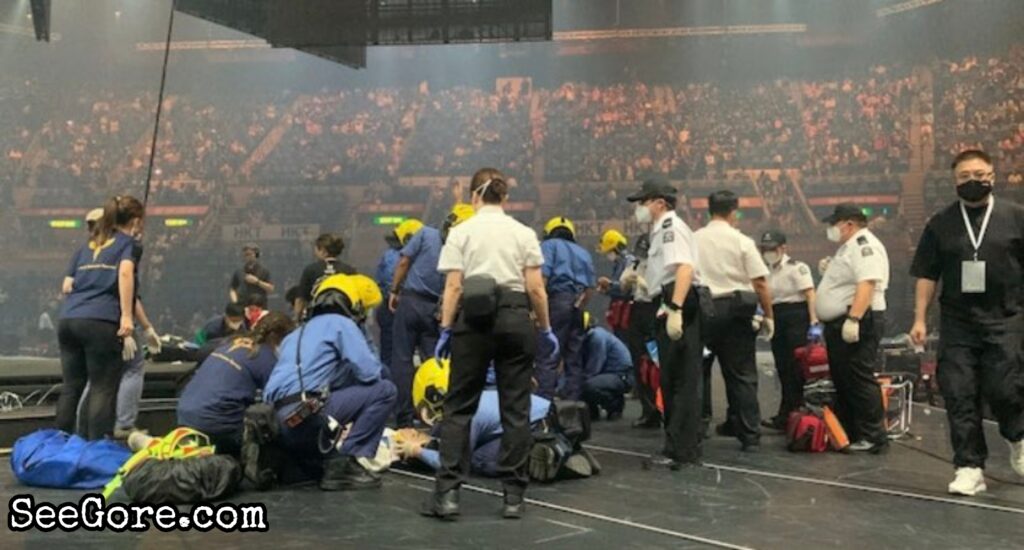 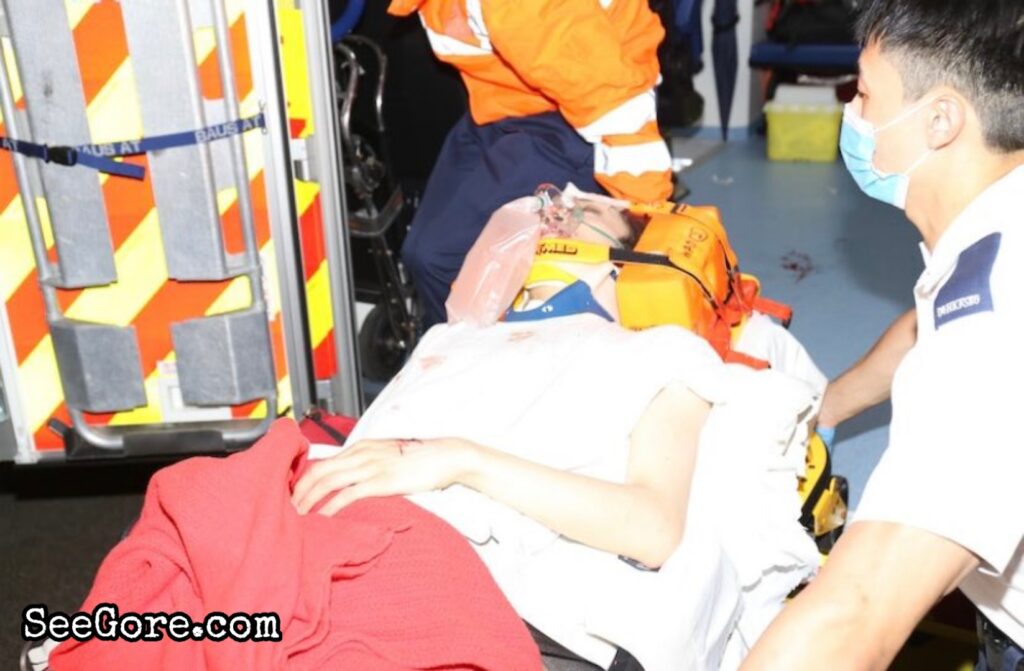 Their new song is a smash hit.

that new song hit me hard when i listened to it

Turn the FUCKING ADS OFF, FAGGOT.

NOW BEFORE IT IS TOO LATE FOR YOU.

hannah
Reply to  FUCK YOU

Darius
Reply to  FUCK YOU

☢️Hazard
Reply to  FUCK YOU

understandable rage, not a neccessery to express

Yeah nah fuck you dude. You’ve just been racist and homophobic in one comment. LMAO what a fucking dimwit. I hope you get hit by a car asshole. Ugly ass white boy fucking piece of shit. Die in a fire piece of shit.

You’re the retarded one here go kill yourself maybe that would make your parents happy.

I’m really sorry if your mental capabilities can’t surpass that of a radish.

Did he get to keep the TV at least?

Dawg got sliced in half 💀

lmao what a shame that wasnt a guy from BTS

And fuck you too asshole. Fucking no life.

I gonna be honest, it gave me abit of satisfations seeing those stupid kpop teenagers being harmed and i dont give a fuck about what you think about me but that is the true shit i felt, they have consume white girls mind these days like if they were their god, so its abit of a nice shit anyways.

Well unlucky I guess there music was to good it made the Screen fall of. Unlucky. Rest in peace.No offence
Imagine showing hate get a life you suckers!
Stop commenting No one Asked!

hahahah i hope that asshole die in hospital. fuck you all sluts i will fuck your mothers.

Fuck u iddiot looking for attentuion..u think u funny?

ONLY FAGGOTS LISTEN TO THIS KIND OF MUSIC

Regardless of how much we hate kpop and those type of performances, I think things should be better designed for the sake of safety of everyone

How in the world did this look so cartoony?

This is what happens when you turn men into wahmen they become weak.

bro I’m to lazy to read he still alive??

Hopefully this gave the tween girls who listens to this song something to think about.

That TV smashed his chode and his face at the same time I love it!!!

If I were one of the people in that band, the organizers better expect a huuuuge lawsuit

You think there’s easy loopholes to get rich that older people haven’t thought of because you’re gen z.

The beat is so drip, excepted when the crash song appear.

Sick im right now with my boys looking those videos

0
Reply
Back to
log in
wpDiscuz
60
0
Would love your thoughts, please comment.x
()
x
| Reply